I have had my M1 (keyboard) for several years now. I got it as a gift from a nice, older gentleman. This was probably primarily due to the charming nature of my wife ;) Especially while working on WaveReX I had to notice again and again that my keyboard version of the M1, especially when using PCM cards, behaves strangely or differently than my M1R.

Both WaveReX and the original PCM cards (MSC) were often badly read. This was expressed in data garbage, i.e. often broken names, but also sample data, which then led to crackling.

If you press the [INT] button when switching on the M1, the firmware version will be shown on the display. I still had version #18 in it. This is the oldest version known to me. Should this perhaps explain the problem, why the cards are always badly read? So I finally decided to change the firmware to the last known version #19. Fortunately I have all, ever released firmware versions. So this shouldn't be too difficult to do by myself.

The firmware of the M1 is in two ROMs, each 512kB in size, with the LowByte in one ROM and the HighByte in the other. So I got myself two EPROMs of suitable size, in this case AT27C512R-70PU from Atmel (with 70ns quite sufficient) and burned the firmware on the EPROMs with the help of a programmer. The whole thing is not too difficult with an appropriate programmer and takes maybe 5 seconds per chip?! 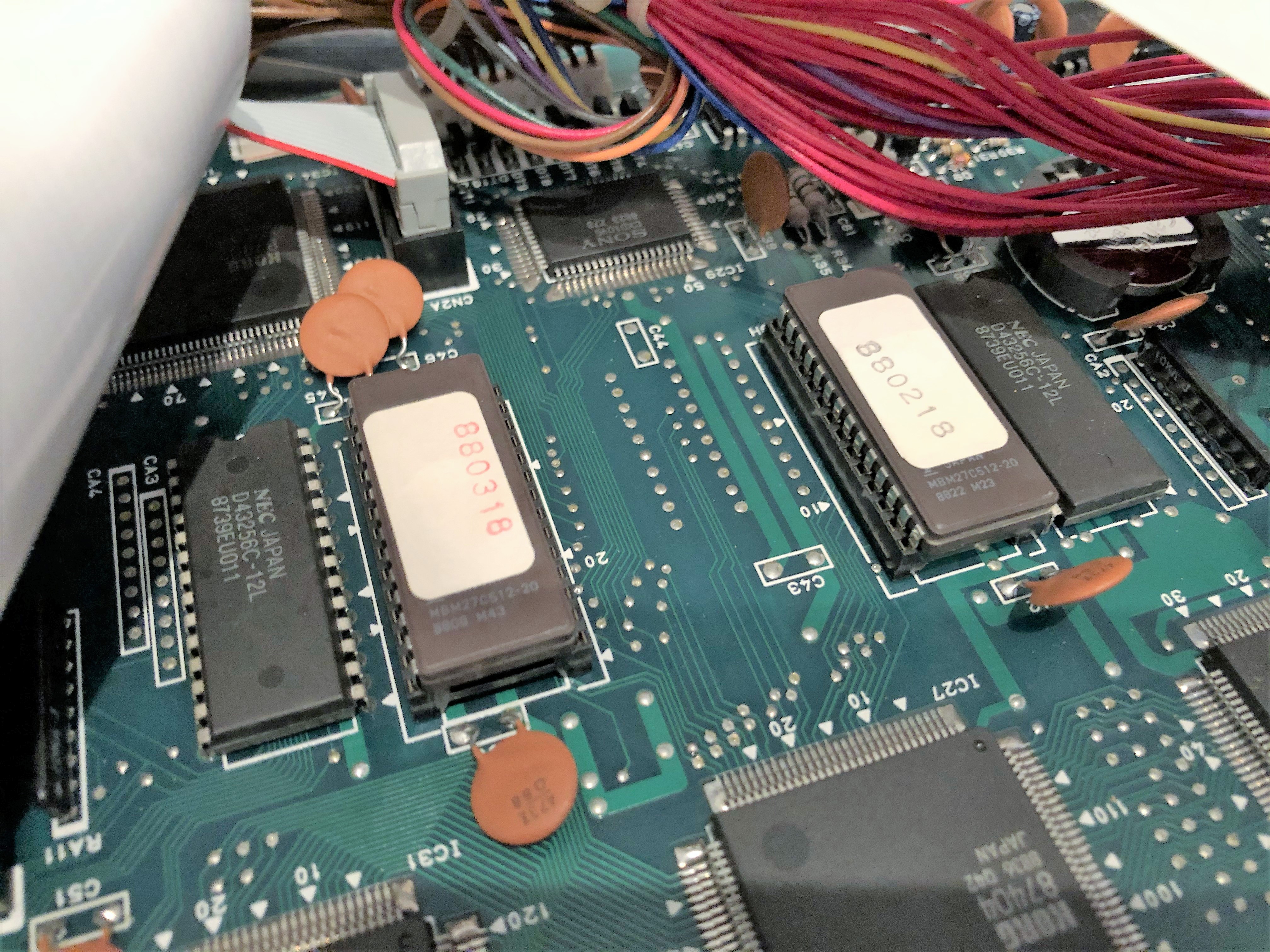 The exchange of the ROMs is then quite easy. Old ROMs out, new ROMs in. Maybe you shouldn't twist or swap the ROMs. But the IC sockets are well labeled, even where the low and high bytes are located. 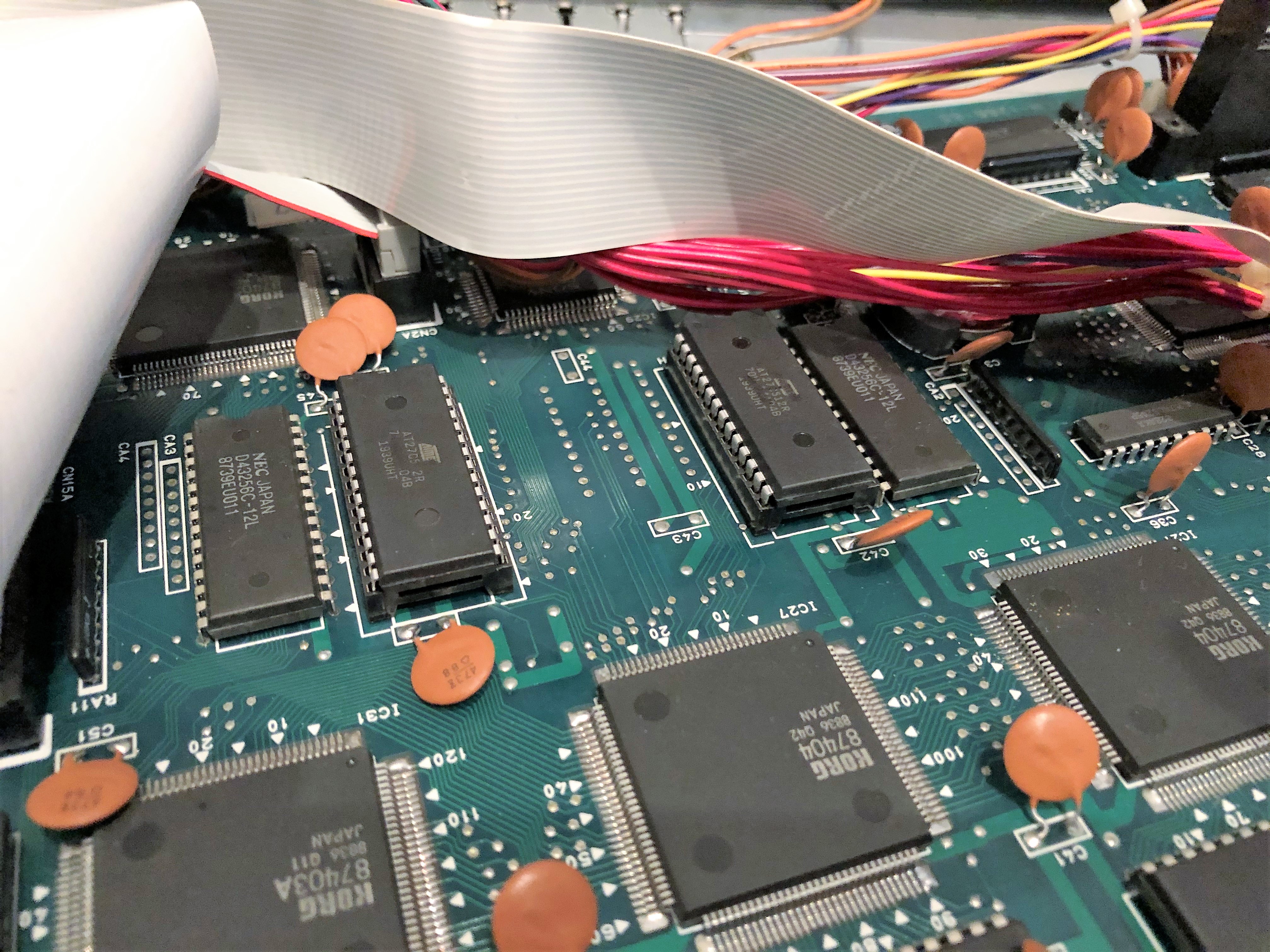 Screw the mainboard back in and close the M1 again. Finished.

And what can I say?! It works (did I really expect anything else?).  I directly loaded a WaveReX with samples and tried it in the M1. Much better than before!

So if you have problems with PCM cards or with WaveReX, you should check which firmware you have in your M1. Just write me if you have any questions.